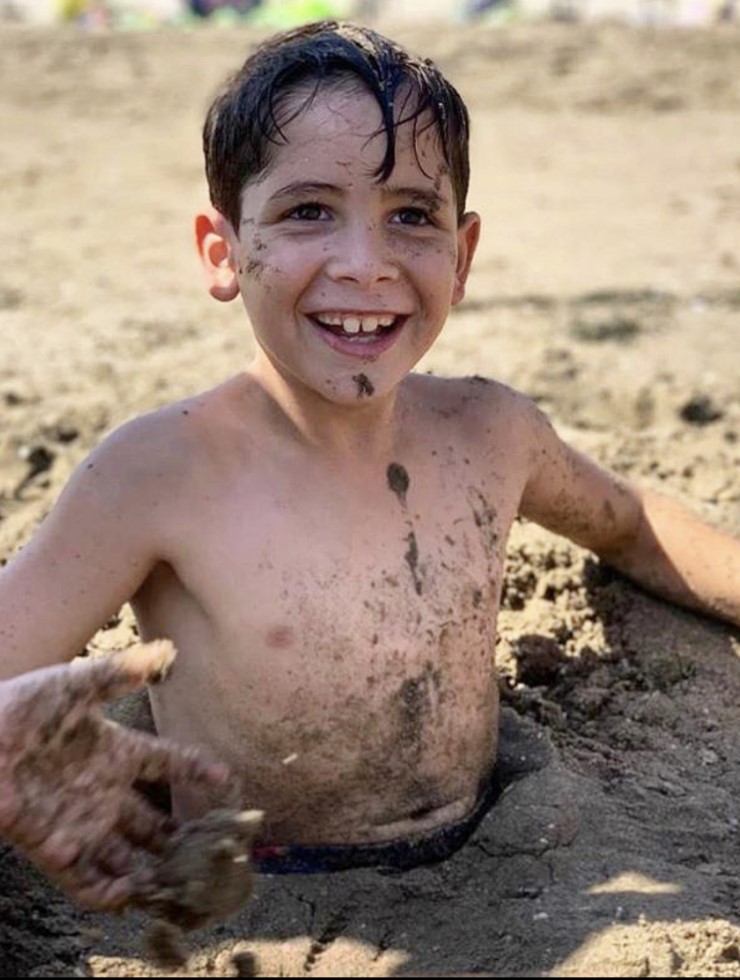 Leo (from 2011) is an 11-year-old boy, he was born with profound bilateral deafness. He was given his first cochlear implant when he was one year old at Hospital Sant Joan de Déu. It was a very hard time because we didn’t expect it, we had no family history of deafness and the pregnancy went well. From then until now we work together with speech therapists, the educational center, CREDA,… and family. Thanks to this work, Leo expresses himself normally.

In the summer of 2019 (age 8), we went on a family trip. One afternoon we were all cycling along the greenway and when we reached a tunnel Leo stopped, got off the bike and said “No, I saw nothing”. We thought that he was only doing it to get attention, but when we realized that this was not the case, we helped him, going through the darkness together, walking with the bikes next to him. At the end of the holidays we contacted Hospital Sant Joan de Déu to explain the situation, as we did not know what was happening to him. We anxiously searched for information on the internet, put: “deaf child, lack of balance and night vision” giving as a result USHER SYNDROME, it was the first time we saw this name, we will never forget it, we got goosebumps when we saw that Leo had an incurable disease. On October 10, 2019, at the Sant Joan de Déu Hospital, they confirmed that he had Usher Syndrome 1B. In January 2020, he was fitted with a second cochlear implant.

Leo is a child full of life, we can’t imagine the day when his eyes go out and he is left in the dark. We live in a town where Leo has the freedom to hang out with his friends, play football, and go wherever he wants by bike and scooter. He loves to post on fashion social networks where he has a YouTube channel: Leo Tomàs Parra, @leo_tp.

Help us so that our children live with their eyes open, with all the light, can move freely and that the darkness does not reach them.