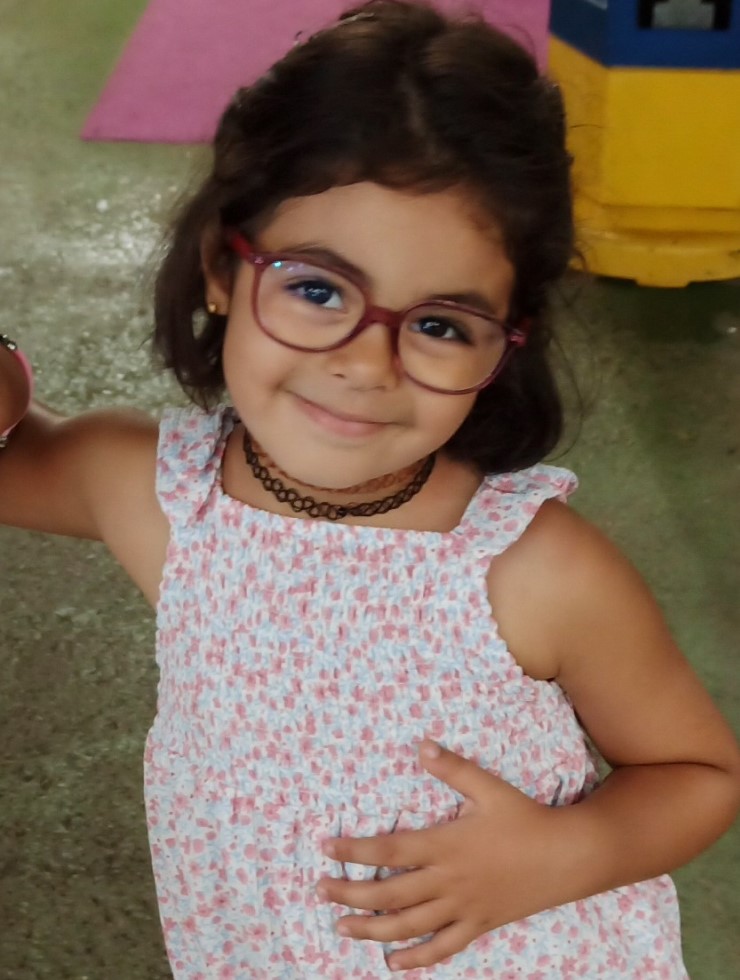 Since she was born, in December 2017, we knew something was wrong with Julia’s audition. Approximately three months later, she was diagnosed with severe bilateral hearing loss (with the emotional impact on the family that it entailed) and although she began with hearing aids, she was immediately a candidate for a cochlear implant. After some inconvenience, in April 2019, she got her two “braces”, as she calls them, were implanted simultaneously. Those 5 hours of operation seemed an eternity, but the result was a true miracle: Julia finally had a life with a soundtrack. We will never be grateful enough to the team led by Dr. Francisco Ramos and the speech therapist Ana Belén Durán, from the Cáceres hospital, for their professionalism and the affection with which they have accompanied us throughout this process.

Thus, through joint efforts and thanks to Julia’s character, our little girl progressed very quickly and caught up with other children of her age in terms of hearing and language.

And although Julia had (and still has) many balance problems and also monthly migraines, everything seemed to be going well. However, in 2021 we received the genetic diagnosis of Usher Syndrome 1C, which we are still in the process of assuming. It is very difficult to accept that your daughter, in addition to her deafness, will progressively lose vision due to the retinitis pigmentosa that this syndrome entails. There are already signs of that loss so this is a true race against time.

While we are struggling to find a cure or stop retinitis pigmentosa in some way, our little girl lives her childhood with joy and is always on the go. She goes to school like any other children, she is learning to dance flamenco and is taking her first steps in rhythmic gymnastics… She is very curious, tenacious, flirtatious, singing, sociable, affectionate, empathetic and playful.

This fear of a future with deafblindness must be turned into hope: researchers, philanthropists, legislators, businessmen and in general whoever can help our girl and all those affected by Usher syndrome: we are waiting for you!